As I’ve mentioned in past posts, there are a ton of pills, potions, elixirs, and magic concoctions advertised that will allow you to never worry about exercising or dieting to achieve that Hollywood body. Slimming teas or detox teas is another magic product that promises you everything you need in a bottle.

The question of, is slimming tea effective is often debated and I’m here to give my two cents on the subject.

Right out of the gates I’m going to claim that slimming tea “might be” effective if used in conjunction with a proper diet and plenty of exercise. Slimming tea is advertised as such as well, but it’s usually covered up with other outlandish claims or hyperbole.

If you find these slimming teas online they usually advertise about how they were derived hundreds of years ago, and it’s a “best-kept secret until now.” And the person bringing into the mainstream has some background in health or studied ancient rituals, and they’re here to present to you the best weight loss potion since yesterday.

What Is The Best Weight Loss Tea

The best tea for weight loss is one that contains healthy natural ingredients and is packed with health benefits. If it contains a bunch of unknown ingredients or synthetic ingredients, I would advise staying away from it.

Some studies show plain green, black and white tea can help rev up metabolism and block the production of fat cells. And these teas can be found in most local grocery stores. They’re inexpensive and are packed with antioxidants. I don’t like the taste of coffee so I tend to start my day with some black tea and will occasionally sip on some green tea after lunch.

If you’re looking for something that is potentially a bit stronger than over-the-counter teas, the most notable slimming teas that have come available are Red Tea Detox, Okinawa Flat Belly Tonic, and Tea Burn.

It can be. You may have heard of ephedra. Back in the late 90s and early 2000’s ephedra came out in the health and fitness industry. Ephedra is a highly effective weight loss ingredient but it’s also dangerous in large quantities. In 2004 the FDA banned ephedra-containing products due to so many users reporting adverse reactions.

Since weight loss and/or detox teas aren’t regulated by the FDA, there have been some media-worthy episodes of dangerous chemicals in teas. According to Healthline “In one high-profile case in 2014, investigators found the antidepressant drug fluoxetine (Prozac) inside a Japanese detox tea called Toxin Discharged TeaTrusted Source. This drug can cause serious and life-threatening side effects, especially when it’s taken with other medications.”

It’s not uncommon for weight loss teas to contain other ingredients that are likely to send you to the toilet. And consequently causing you to lose weight. Granted it will most likely be water weight and not actual body fat. Laxatives are a common ingredient as is caffeine. The caffeine is designed to amp you up and the laxative will provide the water weight loss. And just as they advertised, the weight loss tea has done its job.

Obviously, this isn’t a healthy way to lose weight. This is a short-term result and will most likely leave you worse off than you were before. This isn’t to say that when used properly and for their intended purpose laxatives and caffeine have health benefits. I use caffeine as a stimulant all the time (as do most people). But too much of either and you might be regretting it.

Side Effects of Slimming Tea

Outside of normal black, green and white tea, the “weight loss” teas can have some pretty severe side effects that you should be aware of. Here’s the short list of reported effects:

Look closely at any weight loss teas and decipher what the ingredients are. The labels might not explicitly read “laxative” as an ingredient so you might have to look them up. It’s a common technique some fairly shady companies use, and it frustrates me they use this tactic. I think we all know what diarrhea is, but you should also know that using laxatives over the long run can also disrupt your normal digestion.

The combination of laxatives, caffeine, and other synthetic ingredients that might be in a slimming tea, and the result could be cramps, gas, and bloating. Not exactly the side effects you’re looking to deal with as you go about your day.

Caffeine can be used for good and evil. A little pick me up in the mornings or a boost before your workout, and caffeine is a solid choice. Consuming too much caffeine, particularly too late in the day and you’ll be staring at your ceiling in the middle of the night trying to fall asleep. A bit of caffeine is fine, but slimming teas may contain more than the daily recommended amount. Read the labels.

What Are The Healthy Slimming Teas

I strongly encourage everyone that is looking to lose weight to engage in an exercise plan and reconsider what they’re putting in their mouth. Not all teas are bad, so I would advocate for reading labels. Keep in mind that these slimming teas are not regulated by the FDA. The smart ones will put something like “made in an FDA certified facility” or something similar, but this is different than being regulated.

If you want no business in trying detox teas, you can always go with the proven and healthy method of losing weight, and that is maintaining a healthy diet and exercise plan.

If you’re holding down the couch and can’t drive by a fast-food restaurant without trying whatever is advertised on their readerboards, drinking slimming teas won’t do anything for you. If you can find a tea that you know what all the ingredients are, and they’re not harmful, then in moderation it may help. But even these slimming teas always include some kind of verbiage stating that any weight loss while drinking their tea was also in conjunction with a proper diet and exercise. 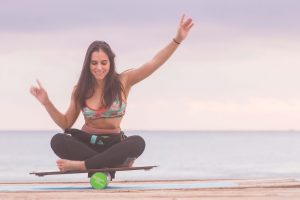